Now Robot may do work with a fair amount of celebrities, but there is something about being around not only the fastest human in the world, but the fastest human of ALL TIME that is bound to make anyone uniquely star-struck.  Director Chris Robinson shot this spot with Jamaican three-time Olympic gold medalist Usain Bolt for international agency Droga 5, which has offices in New York, Australia and New Zealand.  Robinson notes, “I enjoyed collaborating creatively on this spot.  It is really rewarding to be allowed to take an initial idea and so something different and add to it.” 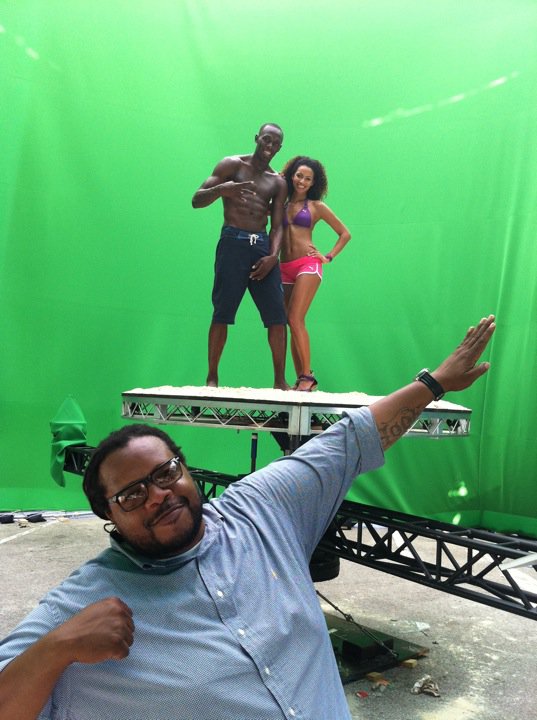 The second fastest human in the world

The spot features Bolt being caught in a mesmerizing moment with a beautiful woman, which ironically propels the speedy athlete into slow motion while the world around them continues on at a normal pace.  The spot used a circular crane to get desired motion effects and will air in early 2011.

Robot Films provides a creative portal for brands aiming to connect with wide audiences through youth culture. Founded by award winning director Chris Robinson in 1999, the company has become a leader in marketing through entertainment and sports, producing iconic music videos, commercials, features and product placement. Today Robot stands as a well-connected commercial collaborative with a distinct point of view, gleaned from deep roots in the music industry and sports figure access. Just ask artists such as Rhianna, Lady Gaga, Usher, Nas, Kanye West and 50 cent, and sports figures such as Derrick Rose and Rajon Rondo – the visionary work coming out of Robot is anything but mechanical.
View all posts by Robot Films →
This entry was posted in Uncategorized. Bookmark the permalink.

1 Response to Jamaica Time for Puma