This recent Chris Robinson-directed AT&T spot out of Sanders\Wingo, Austin, TX stars NBA star Blake Griffin of the LA Clippers casually shooting hoops with some friends at the gym. When his friends challenge his skills after an underwhelming shot, Griffin steps up his game, effortlessly making an elaborate slam dunk, rewarding himself with a virtual kiss via his AT&T cell phone.

The spot was filmed in Toronto, Canada in a brief 4 hour window before Griffin needed to get ready for a LA Clippers vs. Toronto Raptors game. Griffin did not slack on skills or style in prep for his game, though, shaking the whole building while effortlessly making slam dunk after slam dunk. Though he has little experience in the TV, Film and Commercial world, he is no stranger to media exposure and was a true natural on set. Says director Chris Robinson, “He’s got an easy charisma and confidence that I think comes across well on the screen and was a pleasure to work with. A true pro.”

Clippers foward Blake Griffin warming up for his shot 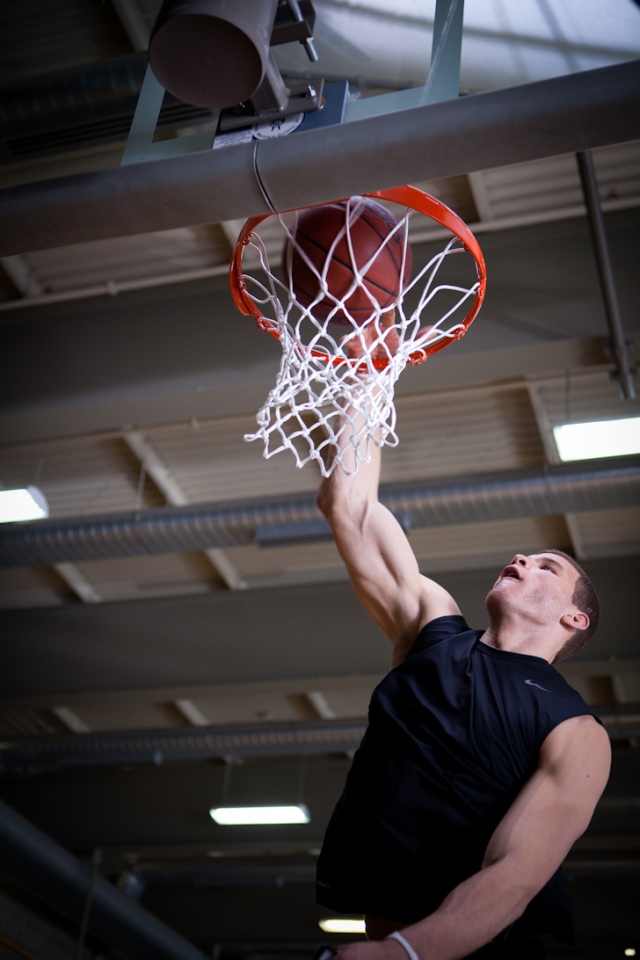 Robot Films provides a creative portal for brands aiming to connect with wide audiences through youth culture. Founded by award winning director Chris Robinson in 1999, the company has become a leader in marketing through entertainment and sports, producing iconic music videos, commercials, features and product placement. Today Robot stands as a well-connected commercial collaborative with a distinct point of view, gleaned from deep roots in the music industry and sports figure access. Just ask artists such as Rhianna, Lady Gaga, Usher, Nas, Kanye West and 50 cent, and sports figures such as Derrick Rose and Rajon Rondo – the visionary work coming out of Robot is anything but mechanical.
View all posts by Robot Films →
This entry was posted in Uncategorized and tagged AT&T, Blake Griffin, Chris Robinson, LA Clippers, Robot Films. Bookmark the permalink.